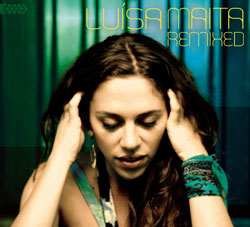 Luísa Maita gets the remix treatment on Maita Remixed

Lero-Lero, Luísa Maita’s debut album from earlier this year was a little bit special. We’ve been struggling not to listen to it ever since, as has everyone else, judging by its success in the World Music Charts. Building on that success Luísa is now releasing Maita Remixed, a collection of her songs remixed by producers from Brazil, Europe and the USA. Among the names are DJ Tudo, DJ /rupture,  Tejo and Maga Bo. Best of all, you can get the first track off the album; DJ Tudo’s reworking of “Lero-Lero” on the album’s bancamp page. Just click HERE. Luísa chose five records which had a big impact on her life for Sounds and Colours. Read that article HERE.