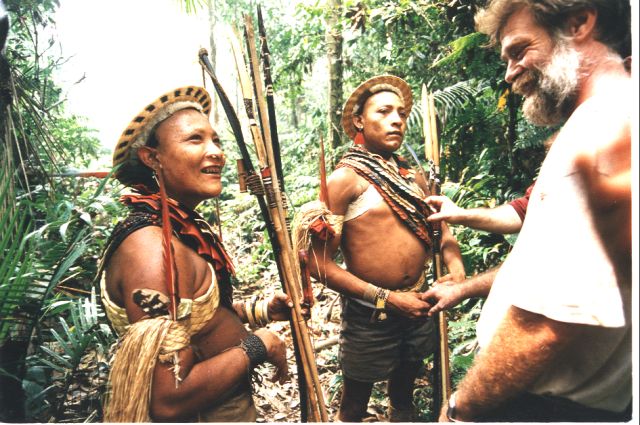 In early July, the sights and sounds of the Amazon will grace London as the Amazon Film Fest comes to the capital for the very first time.

Over two days, a host of films, documentaries and short movies produced in the region by local film-makers will be showcased in the East End of London, presenting the vibrant culture and arts of Brazil’s north region.

Taking place at Shoreditch’s Rich Mix between the 10th and 12th of July, the festival will showcase a wide range of films about the politics, culture and society of the region. In total, six feature films and five short movies will screen as part of the festival, while an intriguing exhibition coined ‘Visions of the Amazon’ will present the art of Amazonian photographers to a London audience from the 14th to the 30th July.

The opening day will focus on the eclectic culture of the Amazonian region Pará, with the documentary Brega S/A offering an irreverent insight into the tecnobrega phenomenon.

Other feature films such as Corumbiara and Toxic:Amazon expose the struggles of the indigenous against land ownership in the region on the Film Fest’s second day, while the festival will end with a family day on the 12th which includes a free screening of the animated film The Wave.

Tickets for the Film Fest cost £5 for adults and £3 for concessions, or £8 for a day pass. Entry to the Visions of the Amazon exhibition which follows is free.

For more information about the event, and to purchase tickets, visit the official Amazon Film Fest website or the Rich Mix website.

NB: The Amazon Film Fest has no financial support and so is currently raising money to cover the costs of running the festival via an Indiegogo campaign. If you are interested in attending the festival and would also like to support the festival then please visit their fundraising page and consider making a donation.