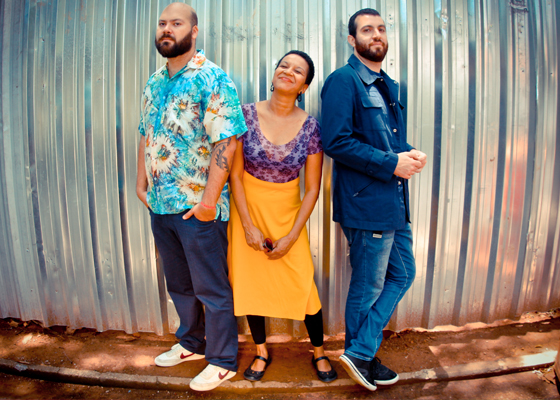 One of our favourite bands, Metá-Metá, will be playing a long-overdue London show on Monday 1st December. Starting off as a trio of Juçara Marçal (vocals), Thiago França (saxophone) and Kiko Dinucci (guitars) for their spell-binding self-titled debut, the group has since expanded to a five-piece with bass and drums and caused a big stir with their second album, MetaL MetaL, in which they gave extra thrust and tension to their afro-samba sound.

Metá-Metá are at the centre of São Paulo’s music scene, acting as vital ingredients in the surge of modern samba in the city, as well as new fusions of Brazilian music that incorporate elements including cumbia, rap and Afro-Brazilian spirituality.

This is not a gig to be missed!