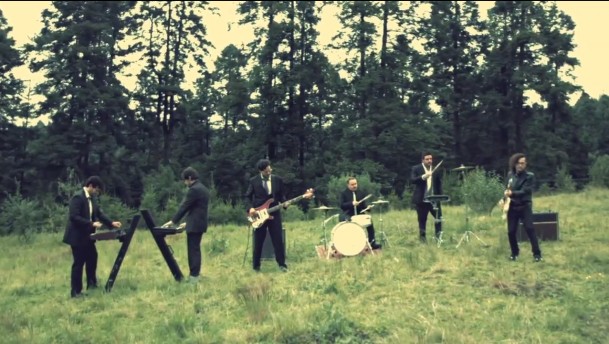 There is nothing novel about US record label Nacional signing a new Mexican band, as they have done with Dapuntobeat. But what is novel is when their first video features the talents of Chile’s indie-pop queen Javiera Mena.

“Necesito Cambiar” is the first single to be released in the US from Dapuntobeat’s third album I/O, which also happens to be their first international release. The song itself is a danceable, synth-laden pop groover which especially recalls Javiera Mena’s finest work in it’s dramatic chorus, there’s definite hints of “Luz de Piedra de Luna”. It’s one of the most rock songs that Dapuntobeat have recorded, whose songs often stick to more minimal disco and electronic flavours.

Dapuntobeat’s first US release, I/O, is available from iTunes