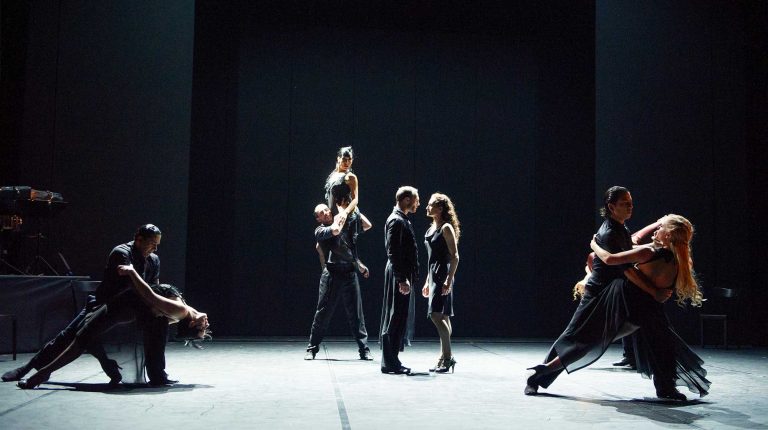 For his latest production, award-winning Belgian choreographer Sidi Larbi Cherkaoui has turned his attention to tango and the specific rituals of milonga, the intimate dance evenings that will be familiar to anyone who has tried to learn tango in Buenos Aires.

The name of the production is m¡longa and according to the press release will see Cherkaoui draw on the traditional influences of tango and milonga, while also offering his own contemporary twist. The production will feature a cast of 17 performers including Argentine tango dancers, contemporary dancers and a live band on stage, which we very much like the idea of.

Cherkaoui has previously worked with Akram Kahn (Zero Degrees), Flamenco legend Maria Pages (Dunas), Damien Jalet (Babel) and the monks of the Shaolin Temple in China (Sutra) for large-scale productions with a huge variety of themes. For m¡longa he will be working with Argentine tango dancer Nelida Rodriguez de Aure, as well as Fernando Marzan, who will be providing music, video and set designer Eugenio Szwarcer, and with costumes by Tim Van Steenbergen.

m¡longa will be touring the UK from 16th May until 17th June with shows in London, Southampton, Salford Quays, Brighton, Birmingham, Nottingham, Edinburgh, Saffron Walden and Newcastle. Full details can be found at milongatour.co.uk