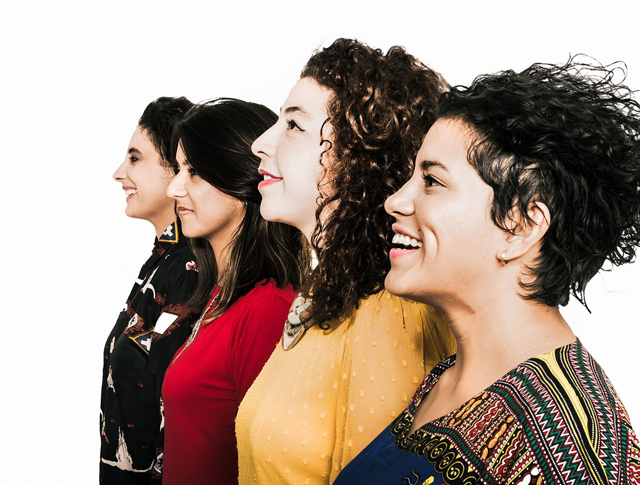 A new single by a brand new group headed by four women will have you saying “girl power.”

Lara Klaus, Daniela Serna, Mafer Bandola and Sara Lucas, who hail from Brazil, Colombia, Venezuela and the United States, respectively, are LADAMA, and they’re releasing a debut self-titled album on the 8th of September.

The group’s lead single, “Porro Maracatu,” can be streamed below.

“We are all deeply inspired by the rhythms and traditions of our homelands; working together as LADAMA makes me feel even more connected with my background, our ancestors, indigenous and African,” says Klaus. “From the first time we played together, I felt a palpable shift in the way I relate to music, and see it as a powerful tool for not only energizing people but for change and transformation.”

The four women first collaborated through the prestigious OneBeat fellowship, in which they incubated socially engaged projects and composed original music through cultural exchanges. It was there that the women uncovered a common desire to build community through workshops that use music as a way to empower youth and women globally.

“Music, as a form of expression, is one of the most enlivening tools that people can use to heal, and inspire themselves and their communities,” says Lucas.

Flowing from the acoustic to the electric, from Spanish, English, to Portuguese, and from the high plains of Venezuela to the Colombian coast, LADAMA hope to prove that borders are meaningless and meant to be broken.

Listen to the single and see tour dates and venues below.