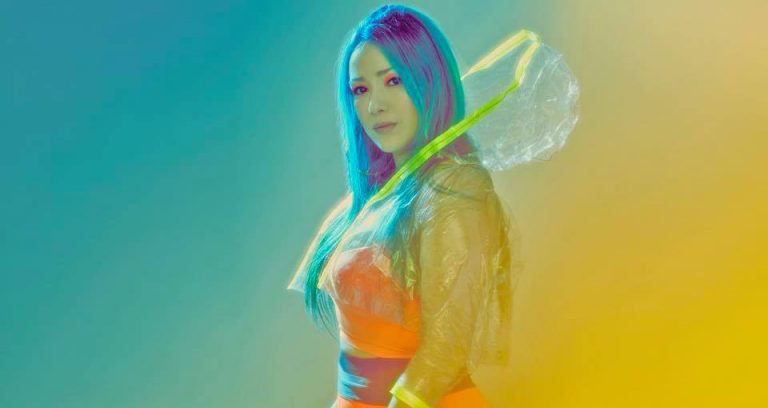 Brooklyn-based multidisciplinary artist MPeach‘s new single “TBT” pays homage to the nostalgia and generation-defining markers of early perreo days, harkening back to the soundtrack of growing up in her native Venezuela.

In the song, “TBT” (which we’ll assume is a play on the popular social media hashtag for ‘throwback Thursday’), MPeach (real name Mariana Martin Capriles) “traces and translates the evolution of production styles and technology that form the backbone of the dembow riddim reggaetón lineage, which evolved from being a connective point between the Caribbean, Latin America, and beyond, to becoming a global pop phenomenon.”

Self-released on MPeach’s Peachtown label, “TBT” was produced by Jimmy Flamante, MPeach and Cardopusher. We’re loving her look for the single’s art, as it’s very a futuristic athleisure one, which is perfect for dancing to perreo.

Catch MPeach performing live on Thursday, the 2nd of August, in Brooklyn at Kinfolk 94, at her music video release party, where some of the profits of merchandise will go towards a crowdfunding campaign for Caracas, Venezuela-based cultural space, La Ong.

Stream the single below.