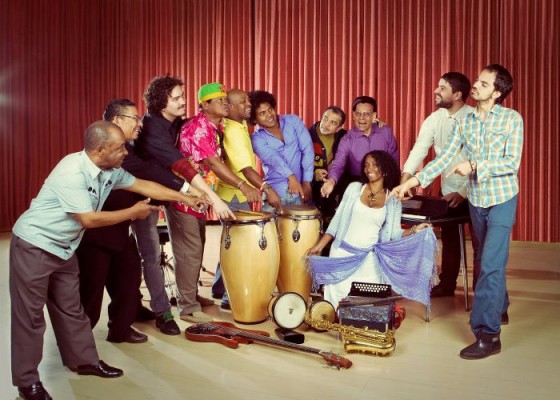 Ondatrópica Return to Europe for 2013 Tour

In May, the Colombian super-group Ondatrópica – whose debut record was voted Sounds and Colours’ album of the year for 2012 – will embark on a European tour to share their eclectic mix of traditional and contemporary Colombian sounds in venues across the continent.

Headed by Will ‘Quantic’ Holland and Mario Galeano of Frente Cumbiero, the group’s fusion of music styles ranging from salsa to cumbia, ska to electro and bossa nova to funk, made their eponymous debut album a “modern masterpiece”, with legendary musicians and up-and-coming stars collaborating to blend classic and modern styles of Colombian music for a global audience.

The band will be making a series of appearances across Europe between May and August, gracing festivals like the UK’s Glastonbury (26-30 Jun) and France’s Festival du Bout de Monde (01-03 Aug), as well as playing venues such as London’s KOKO (31 May) and Berlin’s Gretchen (22 May).

Full dates for the Ondatrópica tour can be found below. For more info and to buy tickets, visit soundwayrecords.com/artist/ondatrpica.