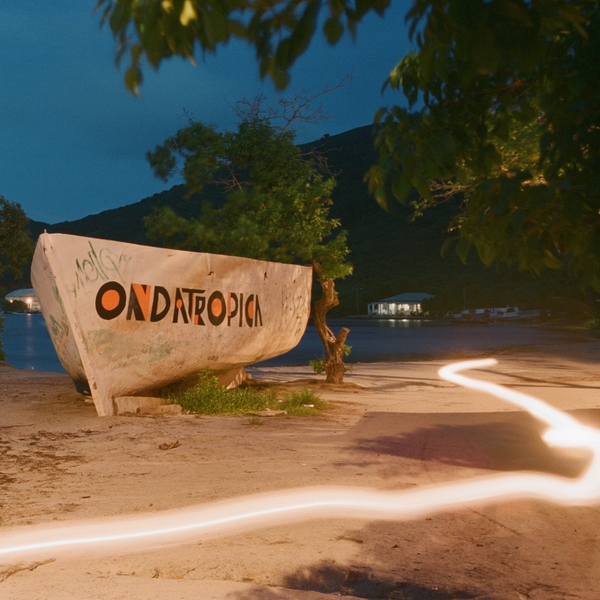 Following on from their double album / triple-LP debut was never going to be easy for Ondatrópica, the Colombian supergroup of Mario Galeano and Will ‘Quantic’ Holland, and that’s perhaps why there’s been a four-year gap before the announcement of their forthcoming sequel.

Lead single “Hummingbird” is certainly an under-stated way to announce the release of Baile Bucanero (Bucaneer Dance), a largely-instrumental Caribbean-flavoured groove. It feels almost as if the group are wiping the slate clean, signalling that the new album will be a change in direction. Though it appears to have a similar cast of collaborators – the video features musicians from that first release such as Michi Sarmiento, Nidia Gongora, Freddy Colorado, Markitos Mikolta, and many more – the main difference on the new album is that instead of being recorded in Discos Fuentes studio in Medellín (something that’s no longer even possible as the studio has recently been turned into a brazier factory!) this one was recorded between Bogotá and the island of Providencia in the Caribbean.

This choice of Providencia feels significant, offering the listener the change to discover some of the sounds and vibes of this island in the San Andrés archipelago, which are very different from those in mainland Colombia, and thus bringing the music closer to Colombia’s Caribbean identity. Personally we can’t wait to hear what the new album is like, and thankfully we won’t have to wait too long.

Baile Bucanero will be released 17th February 2017 via Soundway Records. Pre-orders of the CD/2LP/digital album can be made at soundwayrecords.com

Check out those sweet “Hummingbird” vibes below, and dream about partying on that beach in Providencia too!: