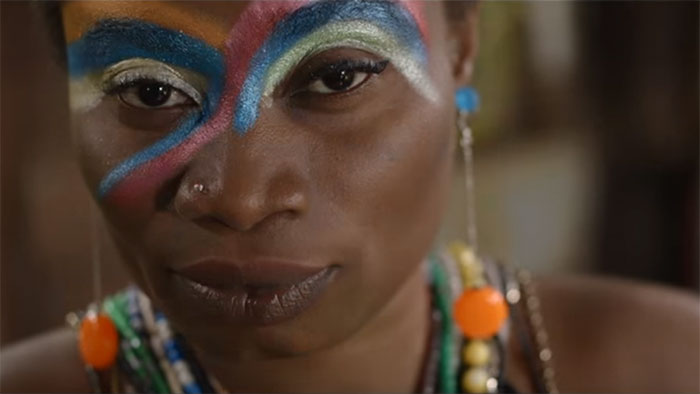 For his latest video Seun Kuti and his Egypt 80 took a trip to Brazil, for a song that celebrates black women around the world, with nods to Nina Simone, Funmilayo Ransome-Kuti, Maya Angelou and Angela Davis.

Seun is the son of afrobeat legend Fela Kuti. His choice of filming the video in Brazil – specifically in Porto Alegre and Rio de Janeiro – continues a close connection that has established between Brazil and afrobeat over recent years, with Brazilian groups such as Bixiga 70, Abayomy, Iconili and plenty of others all possessing a strong afrobeat influence. In fact, one of the directors of this clip, Pedro Rajao, is currently working on a documentary exploring the Brazilian afrobeat connection, which will be entitled Anikulapo, after Fela Kuti’s middle name.

“Black Woman” was directed by Pedro Rajão, Micael Hocherman and Wagner Novais, and is available on Seun Kuti’s 2014 album A Long Way To The Beginning.