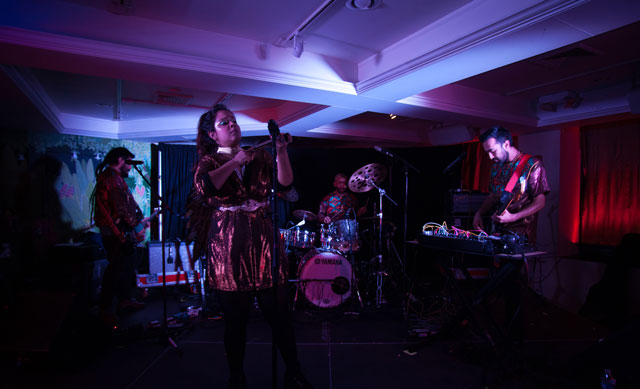 There’s no question that attending globalFEST in New York City is one of the best ways to expand one’s world music palate.

This year’s event, which took place at the Copacabana in Times Square, brought artists ranging from Palestine to Colombia to the Big Apple, and, as it tends to do each year, it sold out.

We were blown away by South Africa’s BCUC (Bantu Continua Uhuru Consciousness), who we had been hearing about from tastemakers and music industry folks who were in town for the APAP Conference, Winter Jazzfest, and, of course, globalFEST, itself. They put on a powerful show that had the entire ballroom jumping, and sweating.

Palestine’s Soul47, who play “electro dabke from the Palestinian diaspora,” also put on a great show, and one that, politically, hit all the right chords at a time the United States is operating with a partially shut government over a border wall.

America, we are here! And this is our message: No borders, no walls!

Of course, the two Latin American bands on the bill knocked it out of the park.

Related: Our Q&A with Jacob Plasse, the producer and co-founder of the Grammy-nominated Orquesta Akokán

Orquesta Akokán‘s set in the Copacabana’s grand ballroom had the energy one would imagine from Havana in the 1950s, complete with a striking electric white suit worn by lead singer, Jose “Pepito” Gomez. Musically, this 13-piece band sounded exactly, if not, better, than their record. Simply masterful instrumentation by every member of the group.

Brooklyn/Colombia’s Combo Chimbita closed out the concert, and, as Rolling Stone put it, built “their avant-garde cumbia on the trippy rhythms of bassist and electronics maestro Prince of Queens and a drummer known as Dilemastronauta. The music sometimes veered into deep, near-krautrock groove space. But singer Carolina Oliveros brought it back to earth with fiery, feral shouts, slashing out rhythms on the guacharaca — a signature percussion instrument of cumbia — which she played like it was an extension of her body.” Indeed.

So as this year found globalFEST at yet another new venue since their mainstay, Webster Hall, closed two years ago, we had a chat with Bill Bragin, the co-founding producer of globalFEST.

Sounds and Colours: WHAT A SHOW! Over the last decade, globalFEST has become one of the most dynamic global music platforms in North America, and each year, it seems attendance at globalFEST continues to grow. What did you think of the Copa as a venue? Can you ever envision moving the festival outside of Manhattan, into Brooklyn or LIC, where there may be venues with more space, since you continue to sell out?

Bill Bragin: We were grateful to be able to have the event all under one roof again. Our needs are quite specific and quite hard to fulfill, and overall we got good feedback from people who liked the vibe and overall flow of the Copa. It was a first time working together so now we have a clear idea of what else would need to happen to improve sight lines and sound. It took us a little while to find the right groove in Webster Hall too. Every space has its own advantages and disadvantages. For this, the proximity to the Hilton, which hosts APAP, is also a key strength. Many of the professionals are trying to get to multiple events in a night so a convenient Manhattan location is important. For that reason, we are unlikely to go to another borough. If it were a purely music fan event, that would open our options. But we have access to the artists we do because at its core, it’s also a professional showcase that leads to lots of touring and media coverage. We need to build around that as our base. 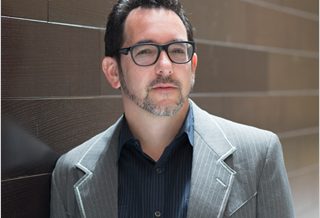 S&C: Continuing with the theme of growth and interest in the concert, what about turning it into an event that begins earlier and goes set by set, as opposed to staggered sets on different stages?
BB: That’s something we’ve considered, though the efficiency of simultaneous sets and the opportunity to “graze” is an important part of this event’s identity. We’d actually lose capacity and impact in some ways.

S&C: Can you state the importance of fundraising to keep this event going? Sometimes we have to remind ourselves globalFEST is a not-for-profit event.
BB: It’s critical. We were fairly early adopters of crowdfunding for a festival – and have had very successful campaigns. Our community of fans and professionals have been very supportive and very generous and this has been the equivalent of an individual donor campaign for our not for profit. We have several hundred donors each year and exceeded our goal of $30,000 this year, which is important since we also intentionally try to keep the ticket price down to encourage people to take a chance without having a so called “headliner.”

We have had several years of very generous support from the Ford Foundation, which is now sunsetting, as well as National Endowment for the Arts, NYC Department of Cultural Affairs, and since the beginning, the French Music Export Bureau, as well as others – see the program.)

S&C: DIVERSITY! You feature diversity in performers, obviously, but that audience, too! It’s not only diverse in race/ethnicity, but age, and that’s wonderful! Why do you think that is?
BB: I’m very happy you noted that. We’re very proud to have created an open an inclusive space, which I think is built on the diversity of artists continually over the years, working hard to reach out to community specific press and lots of word of mouth from devoted audiences. The presence of the arts professionals along with fans also broadens the age range from typical festivals.