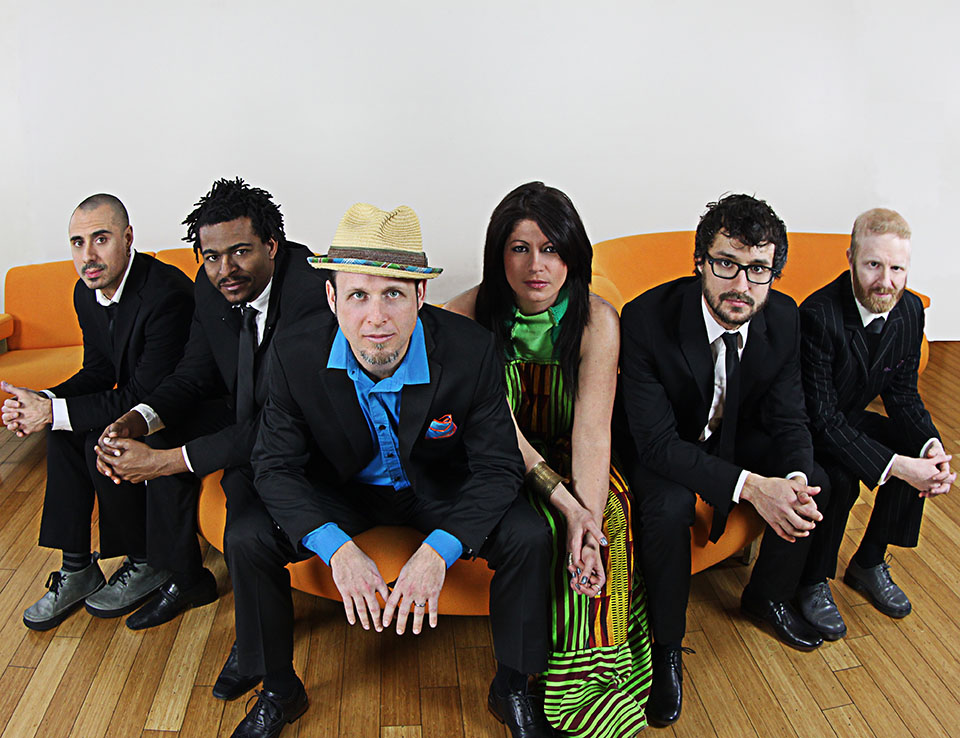 Between Central Park Summerstage, the Latin American Music Conference, and New York City being a fantastic place to watch live music year round, really, this summer is teeming with opportunities to see some of the most interesting Latin American bands in the Big Apple. Well, Sounds and Colours would like to get you into such a show for free.

Brooklyn’s Nation Beat, who describe themselves as “a 21st century mash-up of the thunderous grooves of northeastern Brazil with the strolling swagger of New Orleans funk,” are “rhythm gatherers.” They blend the sounds of the northeast of Brazil and the southern United States blend together to success. As a result, NPR’s All Things Considered music writer Banning Eyre calls them “the most original and alluring fusion group I have heard in years.”

Joining them at the SOBs show on the 27th, is Puerto Rico’s La Quilombera, Latin rockers with a reggae tilt. The band’s goal, so to speak, is “to communicate the message that the world is much more than the country in which you are born, and that there is better way to unify the same as using a strong rhythm that speaks all languages ​​at once.” As such, the group says they adopted as a slogan the word Quilombo, which refers to the villages where the escaped black slaves in Brazil and the Caribbean created their liberation and unification plans.

We have two pairs of tickets to giveaway for the show. To WIN a pair just click HERE.

And watch a music video by La Quilombera below: