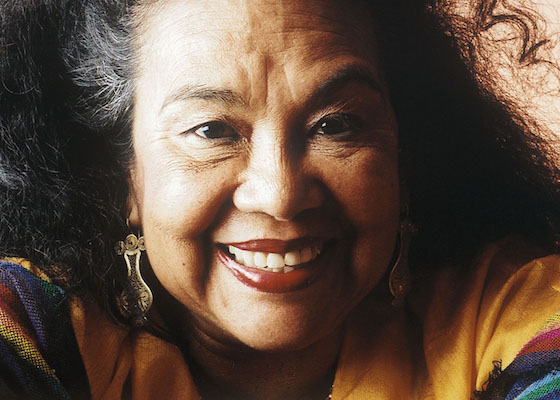 The crunching chill of the post-Christmas winter months is always a testing time for Londoners. And what with a Trump Presidency and Hard Brexit, 2017 presents an especially lugubrious prospect for many.

But for Latin music lovers (partial) respite hovers on the springtime horizon. La Linea returns in April 2017 to transform London into a mecca of Latin American music, spanning mariachi from Mexico, traditional music from Colombia, rumba from Spain, new jazz from Cuba, Argentinian tango fused with opera and dance, and futuristic Latin-electronica from London.

Celebrating its 17th anniversary, La Linea was founded by Como No in 2001 to showcase Latin artists, collaborations and new musical projects.

This year a bumper crop of artists, from established to up-and-coming, will perform in venues across London. Standout picks include a gold-dust-rare London performance from the queen herself, Totó La Momposina, fresh out of Colombia with a new show inspired by her last album Tambolero.

A veritable musical titan, Totó La Momposina has been performing the traditional Afro-indigenous music of the Caribbean coast of Colombia for over 50 years. Aside from her inimitable vocals, EDM fans will likely know her tracks through their sampling by producers such as Michel Cleis, Rob Smith (RSD) and Jose Marquez.

Meanwhile catapulted out of the wild, arid Mexican borderlands, Arizona-based Orkesta Mendoza offer an unmissable booking at Rich Mix. Headed by music maestro Sergio Mendoza, the group are famed for their high-octane retro mélange of cumbia, psychedelia, electronica, mambo, rancheras and mariachi. Their latest release ¡Vamos a Guarachar! made it into Rolling Stone’s top 10 albums of 2016, and was lauded by the likes of the Guardian and your very own Sounds and Colours.

Also on the Mexican tip, Grammy award-winning Mexican singer/songwriter Julieta Venegas returns after almost a decade for a special show that will see her perform some of her most popular music in an intimate, stripped down, accordion-led milieu.

Elsewhere, Eliane Correa, a Cuban pianist, composer and bandleader will headline Rich Mix, presented in association with alternative Latin label Movimientos. Tipped by Gilles Peterson as one of the most exciting new artists to come out of Havana, Correa blends Afro-Cuban roots and folk music with batá drumming and rumba rhythms.

Few events in London offer such a gleaming array of Latin music artists across bewilderingly diverse genres. The year on year success of La Linea testifies not only to the calibre of its artists, but also to the dynamism of an increasingly vocal Latin population in London. According to the London Assembly there are one million Latinos, Hispanics and Lusophones in the UK. La Linea is a living celebration of these Latin communities’ presence here in the UK and beyond.

Information and tickets for all shows available at lalineafestival.com

Plus, as part of La Linea 17, Orkesta Mendoza will be playing shows up and down the country. Their UK tour dates are as follows: