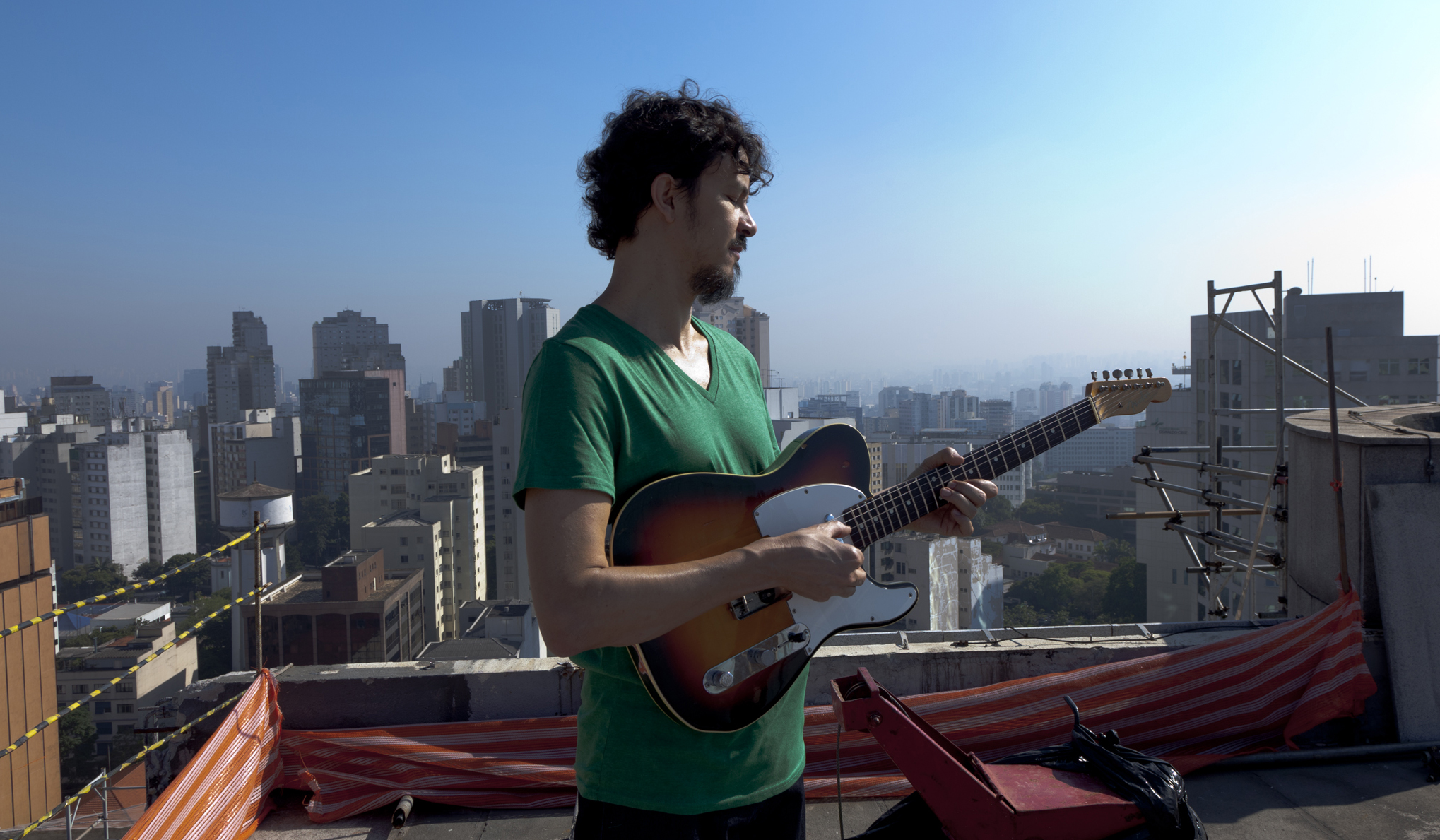 Avante represents the third stage in Brazilian singer/songwriter Siba‘s career. After helping define manguebit with his band Mestre Ambrosio in the 90s he decamped to the small Brazilian town of Nazare da Mata in 2002 and delved even further into the traditional northeastern Brazilian music that he had incorporated into his earlier work. The result was his Fuloresta do Samba band, which toured around the world, as well as a collection of CDs he produced, the Poetas da Mata Norte series, which captures some of the great masters of Northeast Brazil. His latest work, Avante, is perhaps the most radical of his career, seeing Siba take the guitar as his main instrument and offer up an electric fusion of Northeastern Brazilian, African and even rock and pop influences for both his most experimental and, paradoxically, his most accessible work yet.

It was absolutely no surprise to us that Mais Um Discos, the British record label dedicated to releasing Brazilian music, decided that Avante would be their next release; they are set to release the album on September 30th. Even better news is that Siba will be coming over to Europe for two shows in London and Paris following the release (see tour dates below).

One of the key elements to all of Siba’s projects has been his distinctive songwriting, finding inspiration from traditional Brazilian poets like Ze Galdino and João Limoeiro who created stories brimming with verve and the natural world – something that Siba continues – but then putting that in a modern setting. This is also reflected in his current band, which features Siba’s unique style of playing the electric guitar (heavily influenced by West African music) alongside tuba, vibraphone and drums for a completely unique sound, a mixture of the modern and the folkloric. To find out more about the process of making the album just watch this great 5-minute introduction to Avante below:

Avante will be released by Mais Um Discos on 30th September 2013.