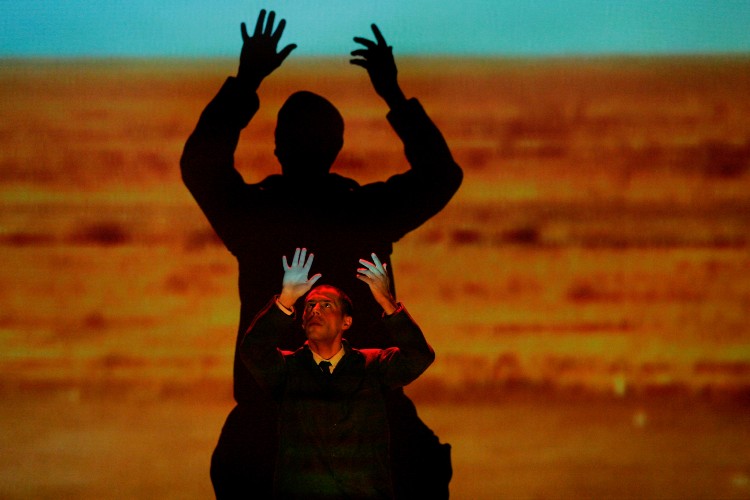 The CASA Latin American Theatre Festival, now 6 years in the running, is back, and still relishing in its status as the only event of its kind in the UK. Performed at two venues, Rich Mix and The Barbican, CASA aims to showcase the best of Latin American theatre, supporting theatre companies from Chile, Argentina, Brazil, Bolivia and Ecuador.

The programme combines a wide range of genres, from the puppetry of A Cortina Da Baba to the physical theatre of Las Cunetas Florecen en Primavera. Yet Latin America’s varied and often turbulent political history is the central electric theme running through the performances, with plays like Madam Butterfly, The One Man Opera (And the Ditches Blossom in Spring) and Poder de Papel (Power of Paper), which reflects on political dictatorships. Landmark literary works are also a powerful influence, as Hamlet is transported to Bolivia in Hamlet de los Andes while La Razon Blindada (Bulletproof Reason) sees the tale of Don Quixote and Sancho Panza retold through the eyes of two prisoners during Argentina’s 1970s dictatorship.

Aside from theatre, the festival is also a celebration of Latin culture and there are many films, gigs and talks to accompany the plays, as well as some slightly more off-the-wall events. The films and talks explore the nature of political theatre, while the music draws from a wide range of London-based Latin artists, including the traditional Colombian rhythms of Cumbé and funk and soul group Los Charly’s Orchestra. And for those wanting a real adventure, there’s the fancy dress fussball tournament and the wonderful initiative of Onion Lullaby: just hand over your phone number to be swept up onto a whirlwind tour of London’s best kept Latin American secrets.