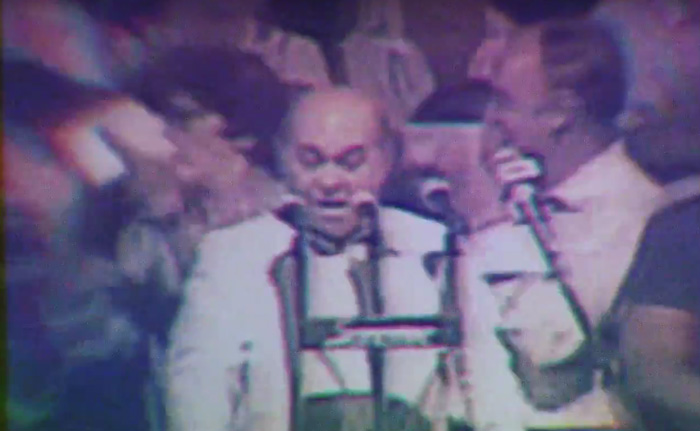 Brazil’s current political climate ends a collaged narrative, that begins with the 1964 Brazilian coup d’état, in the first video from Edifício Garagem, a garage rock band composed of just one member, Dellani Lima (TucA), who presumably plays all the instrument.

The video for “Brazyl”, the lead track off Edifício Garagem’s debut album Carteiro, collages historical moments from Brazil’s past, right up to present, taking inspiration from the works of film-makers Santiago Álvarez and Artavazd Peleshian. By finishing with images of current President Dilma Rousseff it clearly criticises the current situation facing Brazilian politics [find out more about the musicians fighting for democracy in our recent Mixtape/Interview].

Edifício Garagem is the latest project from musician, actor, artist and curator Dellani Lima (TucA), who our readers may know better from his magnificent group Madame Rrose Sélavy.

“Brazyl” is dedicated to the “memory of Edson Luis and Benedito Frazão, students killed in 1968 by the military regime in Brazil and to Brazilian film-maker Leon Hirszman.”