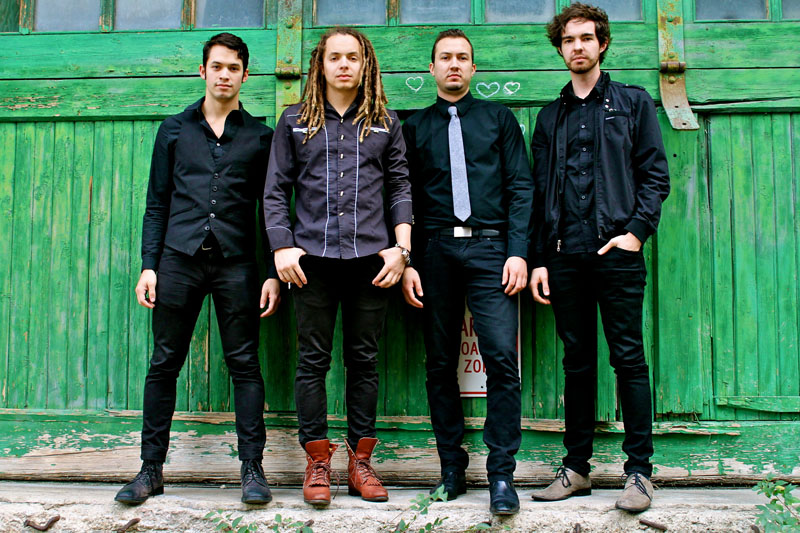 A Kansas City, Mo., -based band has decided to celebrate their fifth anniversary by recording an ambitious cover of one of the most popular salsa songs put out by Fania Records.

Making Movies, who describe their music as an psychedelic reworking of the classic son, paid homage to none other than Hector Lavoe and Willie Colón’s “Aguanile.”

Panamanian-born lead singer/songwriter, Enrique Chi, tells us the band stayed true to the original when laying down the track.

“We recorded and mastered live to tape. In other words, computers weren’t used in making the music. We wanted to keep if honest to the way we sound as musicians and true to the old ways of recording music,” he said.

“Aguanile” is one of the most important songs in the history of Nuyorican salsa, and the genre as a whole for that matter. It was most significant as it incorporated traditional Boricuan Salsa with an Afro-Cuban influence, including chants from the Nigerian language Yoruba, where the roots of the Santería religion were established.

Aguanile is composed brilliantly by Colón, while sung masterfully by “El Cantante” of los cantantes, Lavoe. Luckily, Making Movies’ version, which they often perform in concert, injects just the right tinge of their own flair (and Chi’s silky-yet-somewhat-raspy voice), without losing what makes it great.

The band is celebrating five years as the ‘Do-It-Yourself’ bilingual band from the Midwest with a mini-tour.

“Five years ago, (percussionist) Juan-Carlos walked into a rehearsal space and jammed for the first time with Diego (bass), Brendan (drums) and I. We wanted to celebrate by playing some shows in the same cities we cut our teeth in,” Chi said, referring to Chicago, Ill., Des Moines, IA, and Kansas City, of course.

Making Movies spent nearly all of 2013 touring in support of their album, “A La Deriva,” which was produced by Steve Berlin of the Grammy-winning veteran Chicano rock band, Los Lobos. They played their first international leg in Panama, a couple of shows in Puerto Rico, and won crowds at various summer festivals across the United States.

In the coming months, they plan to make stops in the Southwest and California, and in early April, they’ll play the Festival Verde de Cultura Musical in Panama City, Panama, which also features Chilean rapper, Ana Tijoux.

For an idea of what their live show is like, watch this behind-the scenes video that features a very cool clip of Mexican-American percussionist, Juan-Carlos Chaurand, wowing the crowd with a performance of son huapango, a style-of-dance from the Mexican state of Veracruz.

Watch the video for Making Movies’ cover of “Aguanile” below, and stream it on Soundcloud. Listen to “A La Deriva” on Bandcamp, and follow the band on Facebook and Twitter.