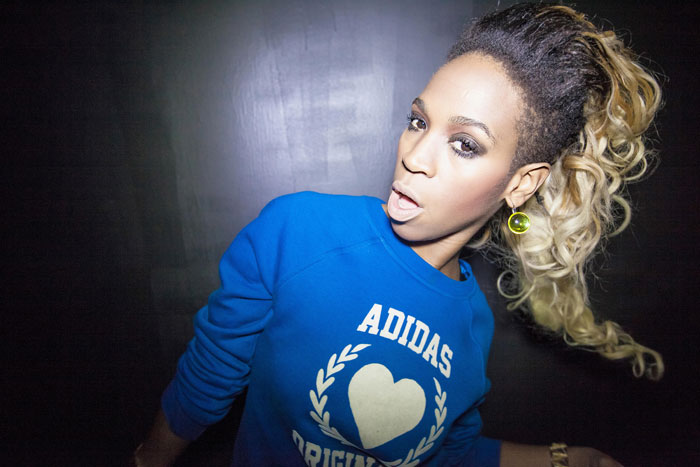 It seems like 2014 could well be the year for Brazilian rapper Karol Conka, who has been worming her way into global ears since her track “Boa Noite” sprung up on FIFA 14. In Brazil, she’s already established with love from top rap journals like Rap Nacional and the much-loved Nave (creator of beats for Emicida and Marcelo D2, amongst others) in the producer’s chair. This year her debut album, Batuk Freak, will be getting released on April 7th, right after a short tour of Europe, taking in France and the UK.

Of particular interest for all Londoners out there will be Conka’s show at Concrete in East London, as part of La Linea 14 (London’s Latin American music festival), where she will be supported by UK dancehall deejay Lady Chann and the Mr Bongo soundsystem. See the full tour dates and check out the great video for “Corre, Corre Erê” below: