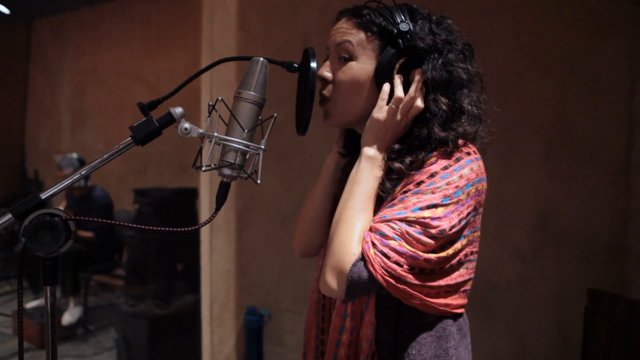 Californian singer/songwriter Mia Doi Todd recently announced details of her upcoming album, Floresta (Portuguese for “forest”), which will be released by City Zen Records on September 16th and features 10 covers from the Brazilian music canon.

Mia Doi Todd is no stranger to Brazilian music [we interviewed her about her love of Brazilian music here], having covered “Canto De Iemanjá” on her 2011 album Cosmic Ocean Ship album, a track which would later appear on 2011’s Red Hot + Rio 2 compilation, alongside another Brazilian cover, this time her version of “Um Girassol Da Cor Do Seu Cabelo”, a classic from Milton Nascimento and Lô Borges’s Clube Da Esquina album.

On her latest, Doi Todd revisits Clube Da Esquina, recording “Cais”, alongside other gems like “Chovendo Na Roseira” (made famous on Elis & Tom), Cartola’s “Preciso Me Encontrar” and Tom Zé’s glorious “Menina, Amanhã de Manhã”. The album was recorded in Estúdio El Rocha in São Paulo, Brazil and features Fabiano do Nascimento on seven-string guitar, Maurício Takara and Rogério Martins on percussion, and Meno del Picchia on bass. You can watch a short “Making Of” video below.

Floresta can be pre-ordered from iTunes