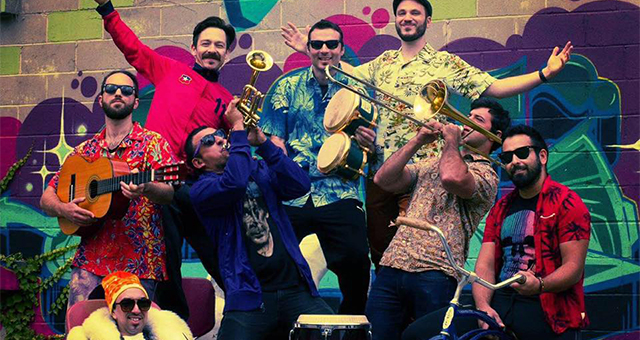 Here at Sounds and Colours, we’ve always given credit to Chile’s Chico Trujillo for bringing cumbia (fused with ska and punk rock) to the masses. Now, a New York City a band is bringing a very similar brand of cumbia/punk/ska and roots to the world with their new record.

Pachahuaska, released independently on the Maximum Collabo label on the first of January, is an 11-track record by Escarioka, a nine-member collective made up of made up of immigrants hailing from Argentina, Chile, and Uruguay, and some members born in the States. As I often tell people when describing this band, “They’re like Chico Trujillo, but with [U.S.] immigrant grit.” 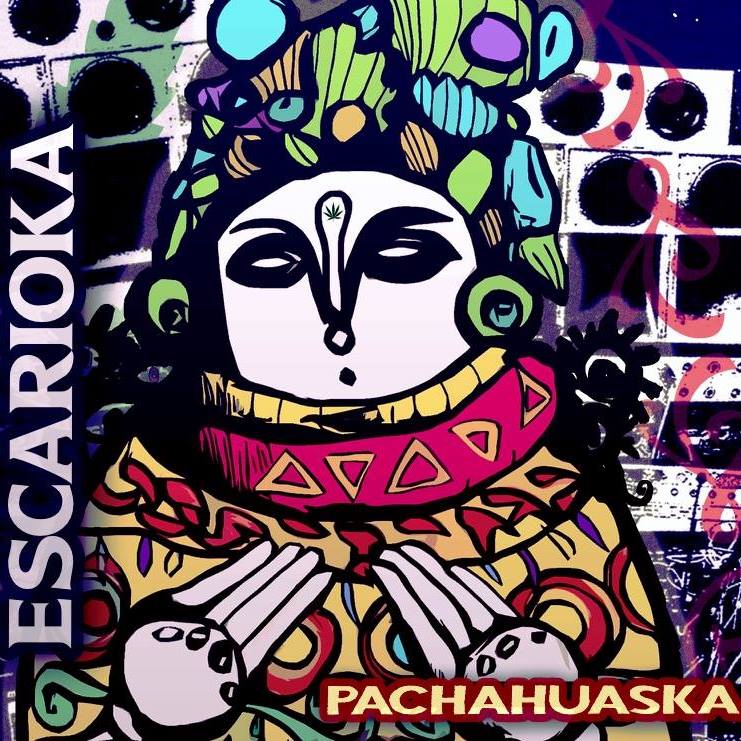 Graphic design by Cristobal Miranda, who is also the band’s drummer

The opening track, “Alegria,” is a ska that hooks you right in. The cumbia “Callejón” is the kind of song that you can see playing at a large, outdoor wedding (or music festival) in Valparaiso, Chile, or Queens, New York. The vibrant merengue “Tres de Azucar” (which includes fantastic horns and keys) should also be played at that wedding as everyone’s grandmother will love it. The interlude “Dub Escarioka” is something to debate while smoking weed. The reggae “Ojos Roots” has wonderfully arranged horns.

There is also a a cover, “Muchacho de Barrio,” a tribute to the Argentine singer who made the song famous: La Mona Jiménez.

As for the title of the album, the band’s drummer Cristóbal Miranda tells me it’s a made up word that combines the Pachamama (a goddess revered by the indigenous people of the Andes, also known as mother earth) and the Ayahuasca trip that shamans used in a ritual to cure souls.

“Basically, this album is a trip that cured us and will cure those who listen to it,” he said, adding that it wasn’t an easy record to get done because of every day struggles immigrants in the United States are up against.

For those local to New York City, Escarioka plays out often and I implore you to catch one of their electrifying live performances.

Listen to this soul-curing record on Spotify, and grab it for download on all major digital platforms, such as Amazon and iTunes.