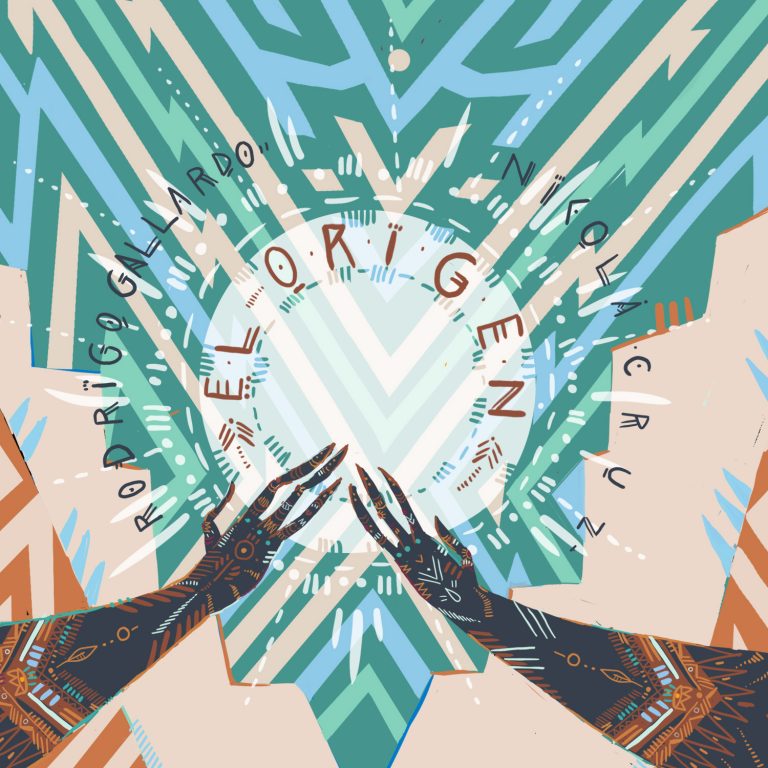 El Origen is a brand new collaboration between Chile’s Rodrigo Gallardo (Matanza) and Nicola Cruz – whose Prender El Alma blew up Andean Step all over the world.

On this release the duo work together, but apart at the same time, as the A side of El Origen contains four tracks written and produced by Gallardo, while the B side features Nicola Cruz’s remixed versions of those four tracks. Across both sides we take a deep trip into South American folktronica, blending Native American spirituality and timbres with cutting-edge beats and production.

Here’s Nicola Cruz to give his take on the release:

“The project consists of 4 original compositions by Rodrigo, and 4 remixes of the songs by me, like an A and B side. I feel these are very unique (and strong) pieces representing what we are currently doing with folklore here in South America. I always wanted to press the final result as a nice object for DJs and for collection.

This album is kind of a dual trip. Both sides co exist at the same time: originals and remixes. It’s like two perspectives/visions/versions of the same idea.”

The El Origen EP will be released as a limited edition 12″ on Wonderwheel Recordings featuring artwork by renowned street artist Ju Mu Monster.

Listen to “El Origen” below: