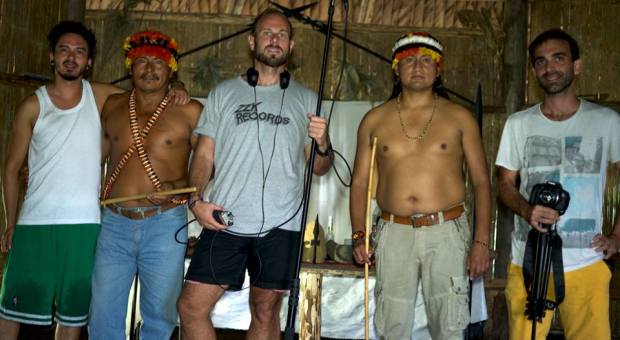 After successfully crowd-funding last year to put out and market a number of new music releases and gain some traction on their documentary-making arm, ZZK are back with another tantalising campaign to help make some well-worthy documentaries a reality.

ZZK Films has already made some waves in the world of film with their first two Ecuador-focused episodes of The Nu LatAm Sounds and their La Yegros tour movie (check them all out at zzkfilms.com, and now they want to go even further with three new music documentary projects that aim to bring plenty of quality Latin American music to life.

The one we’re most excited about is Analog Memories, the story of how Ecuadorian musician Daniel Lofredo Rota has sought to bring back to life CAIFE, a record label his grandfather ran in the late 50s and 60s but which was forgotten about for over 45 years. After his grandfather passed away Daniel found the tapes from the label and began a long process of finding out what was on those tapes and getting new ears on them after all these years. It’s a story we covered in a blog on this site, Memoria Analoga, which Daniel wrote for us in 2015.

The other two projects that ZZK Films are planning are The Sound of Change, a retelling of the ZZK Records story and 2 more episodes of The Nu LatAm Sound, their series looking at new music in Latin America and which will potentially head to Brazil, Colombia, Argentina, Bolivia and the Caribbean in these new episodes. All in all, that’s a lot of great Latin American music on the screen.

Here’s ZZK’s Grant Dull to tell you a little more about the campaign: