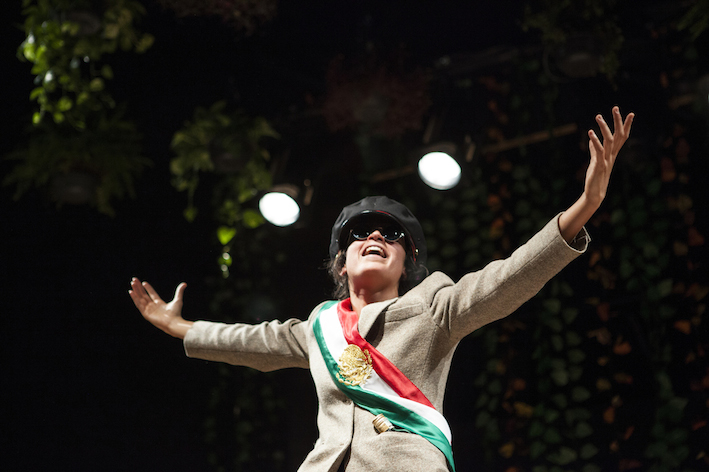 The festival was created in 2007 by Daniel Goldman to fill a gap that needed filling. Latin American cinema, music, visual arts and literature had been enjoying a period of increasing success and popularity in the UK, but Latin American theatre had somehow been left behind.

Over the past few years CASA has aimed to change this, bringing Latin America’s incredible theatre culture to the UK and creating opportunities for Latin American theatre groups to reach new audiences.

This year the festival is running from the 2nd to 11th October, and will be split between two venues: The iconic Barbican Centre in The City and the Rich Mix arts centre in Bethnal Green. The festival programme includes thriller Montserrat by Mexcio’s Lagartijas Tiradas al Sol, When They Disappear, a play about disappearing women by UK-based company Las Nanas de La Cebolla and Neverwhere Beckett, inspired by Beckett’s absurdist short plays and performed by Brazil’s Cafe Cachorro.

As well as the main programme of events, CASA simultaneously runs ‘Nuestra Casa’, a series of events focused on UK-based performers. The two strands of the Nuestra Casa programme are the Open CASA Community Events and the CASA Artists-in-Residence programme. This year’s artists in residence range from a Colombian group exploring Latin Musical Theatre, to a British/Mexican artist examining the pre and post-colonial legacy of chocolate for Mexico and the UK.

You can find more details on the events and book tickets at: casafestival.org.uk