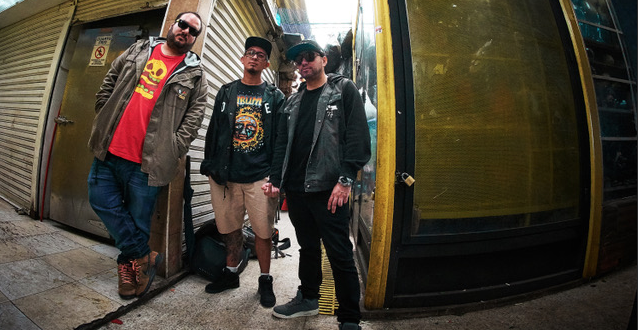 July is the month to catch some of the best Latin music from around much of the globe in New York City.

A few of the concerts/showcases during the Latin Alternative Music Conference (LAMC), Afro-Latinofest, and Central Park Summerstage season caught our eye:

Gabriel Garzón-Montano, an American artist of French-Colombian descent, will play Central Park’s Summerstage on Wednesday, the 11th of July, along with Tomasa del Real, Nicola Cruz, and Latin Bitman. The New York City-based multi-instrumentalist and singer-songwriter who blends R&B, soul, and funk, will be on tour with fellow Colombiana Kali Uchis this fall.

Friday, the 13th of July

This year’s BRIC Celebrate Brooklyn! Festival is all about girl power, as it will feature Chile’s Ana Tijoux, Spain’s Mala Rodriguez, and Mexico’s Girl Ultra.

Saturday, the 14th of July:

The Afro-Latino Festival of New York continues to expand its offerings, with a Liberación Film & Wine Festival on Saturday, the 14th of July. The day will feature 15 Films representing nine countries including features, documentaries, shorts, and Q&A’s/talkbacks with some of the film’s directors and actors, such as Dominican American actor and NYC native Elvis Nolasco.

On Sunday, the 15th of July in Manhattan, you can catch a new showcase by Puerto Rico’s Independent Music and Artists (PRIMA) as part of its ongoing mission to support Puerto Rico’s independent music community. The showcase brings four island-based bands to NYC to share their music on Sunday, the 15th of July, at Berlin in Manhattan’s Lower East Side. The free event aims to highlight the unwavering determination of Puerto Rico’s independent artistic community despite serious challenges post-Hurricane Maria. The  line-up features four bands: The eclectic Alegría Rampante, folksy singer-songwriter Andrea Cruz, electro-pop rockers Nutopia, and the all-woman quartet, Émina:

Afrolatinofest‘s music portion, this time on Sunday, the 15th of July, features the buzzworthy Amara La Negra as headliner, along with Colombia’s El Caribefunk, Puerto Rico’s Tribu de Abrante, and much more.

Get in the mood for LAMC with their “Golazo!” playlist here!