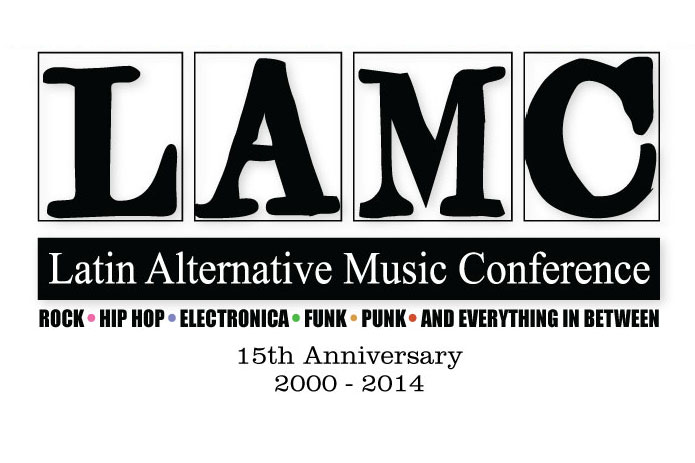 The Year of the Quinceañera: the Latin Alternative Music Conference’s Sweet 15 And What To See, Do and Dance

Yes, it’s that time of the year again, when fans of good Latino sound, artists, and avid summer concert goers co-mingle with us lowly music journalists in our ill-fated decision to forgo sleep and throw logic out the window to indulge in as many musical meanderings as humanly possible in a span of 5 days. It’s Latin Alternative Music Conference (LAMC) season—“alternative” meaning that umbrella term for anything Latino not part of the “mainstream.” You will feel left out of this mainstream if you miss the LAMC.

If you can’t tell yet that the LAMC is in town, you will on July 13th, the day the conference ends, when your fellow Latino music fans emerge from their July 8th—12th stupor with ojeras (dark circles under our eyes). We’ll look destroyed, so be kind to us. The thing that the LAMC always has going for it regardless of which acts, which venues, and what the weather brings, is its rock and roll spirit. Year after year, the LAMC manages to make you feel like you’re 16 and going to Lollapalooza, and this year seems to be no exception.

Each year, the conference starts with a slow build, and each year new elements are added. In its inception (and still in its soul), the LAMC is a music festival. Its main joy is gathering a lot of great bands for a five-day extravaganza of music, acoustic showcases, the occasional panel, and parties. The conference part, although less glam, is what makes this gathering different, putting music tastemakers in panels, and allowing artists, journalists and fans to all co-mingle in one space. Tomas Cookman, the creator of the LAMC says that the conference aspect is what makes the LAMC more than a music festival: “We are fortunate enough to have a lot of smart and successful people speaking on the panels during the day and as a result of so much talking about this business, what better than to show off different sides of it in free shows across the city?”

And that’s what makes the LAMC such a tour de force — an endurance test for those of us looking to cover both the panels and its cornucopia of social events. The LAMC is trying each time to add new elements to the mix. They do poetry, they do spoken word, they do film screenings… they want to do food. They want to do a lot, especially on their quinceañera: fifteen years of bringing together artists, fans and panelists. Sometimes the LAMC is great at hodgepodging things together. Sometimes, not so much. So what’s a girl to do on such an important date? How to sort out the good, the bad and the hype? The answer: make a game plan.

First, consider the schedule. The schedule this time around, like any other year, is overwhelming. But not for the reasons you would think. The official LAMC lineup is in some ways a little lackluster—their heavyweight event is Juana Molina, La Santa Cecilia and Babasónicos on Saturday the 12th—although a terrific main, the other major acts are a little less exciting.

Here’s a couple of things to know about the LAMC: each day, there’s sort of a main act. Each day, there is also an act that’s a must see. They’re not always one and the same. There’s a million after parties and secret shows that end up, in my opinion, being way more interesting and worth the time than many of the LAMC’s official shows. So to make your ultimate schedule, let’s split this up by days and truly take a look at what’s worth your sleepless nights.

Tuesday, July 8th: Officially, the LAMC kicks off with a film screening of Amor Crónico at El Museo del Barrio. The LAMC is trying to do film. They’re still finding their sea legs. If you can check it out, cool. But this is not dire. Instead:

Wednesday, July 9th: AKA the day the reckoning begins. Here is where the LAMC flexes its muscles. The first big show the conference offers is their Central Park Summerstage show featuring the powerhouse lady hip-hop artist extraordinaire, Ana Tijoux. Here’s what’s available to you on Wednesday:

Thursday, July 10th: the day the panels get good. To be honest, the LAMC panels have hardly ever been fascinating. It ends up being very insider-y and a little obnoxious. But this year, there’s a couple of panels that seem to break that curse. The first is the LAMC / Vive Latino / Latin Grammys – Nuestras Quinceañeras: A Coming of Age For Latin Alternative and the Overall Music Industry. This is a conversation hosted by NPR Alt-Latino’s Jasmine Garsd and Felix Contreras where they’ll talk about how Latin music is changing and evolving, and what makes this extra special is that they’re chatting with Vive Latino founder Jordi Puig. Vive Latino is one of the (if not the) most important Latino music festival in the hemisphere. It’s where truly interesting acts get a larger audience (ahem, can you say Astro?) and where many, many Latino bands get to share a stage with non-Latino greats that are influential (can you say Blur?). Also, this year the panel will have mystery guests: an undisclosed list of artists who have won a Latin Grammy and have played at both the LAMC and Vive Latino. Swoon. Good panel.

Now, as far as shows go:

Friday, July 11th: This is the day that I will have the least sleep/this is the day I look the most forward to in all of the LAMC. If you do not have time to party all night any other night of the week, do not miss this one. This is the night of the amazing, must not be missed acoustic showcase at SOB’s. These are always the best thing you can see/do for yourself while at the LAMC. It does not matter who performs: it’s always a thing of magical beauty. Here’s the lineup:

Saturday, July 12th: this is the day of the big closer: Juana Molina and La Santa Cecilia at Central Park. This will be an epic show, and if you’re going to catch one of the big ones (aka one of the Central Park or Prospect Park shows), get this one. No doubt. In addition to this one, we have:

The LAMC each year is a toss-up, so don’t hate yourself if you don’t have time to see it all. But remember that it’s a conference—and so, soak it all in, go to any panel you have a chance to go to, and keep in mind that life is all about choices. As long as you go, you will be making the right choice.