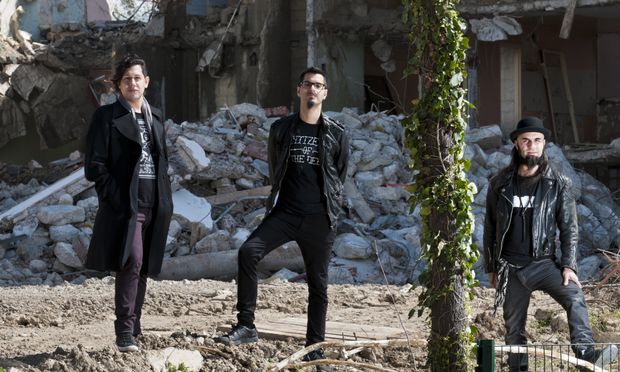 To mark the release of Proa Remixed, Argentine band Tremor are releasing a series of videos of their 2013 concert at the Konex Cultural Centre in Buenos Aires. The first of these, to which Sounds and Colours readers are here treated to an exclusive preview, is the song ‘Huella’ featuring vocals from Andean folk poet/musician and longtime Tremor-associate Micaela Chauque. In total, the band are planning to release four high-definition videos from the same concert.

Those who listened to S&C’s recent appearance on the Movimientos Radio Show will know that we’re big fans of Tremor’s work. Proa Remixed sees the Buenos Aires trio’s 2013 digital folktronica album given a makeover by the likes of El Buho, Dengue Dengue Dengue, Puelche and Blocktreat, among others. It’s a great record and one we suspect will be receiving a lot of playtime round these parts.