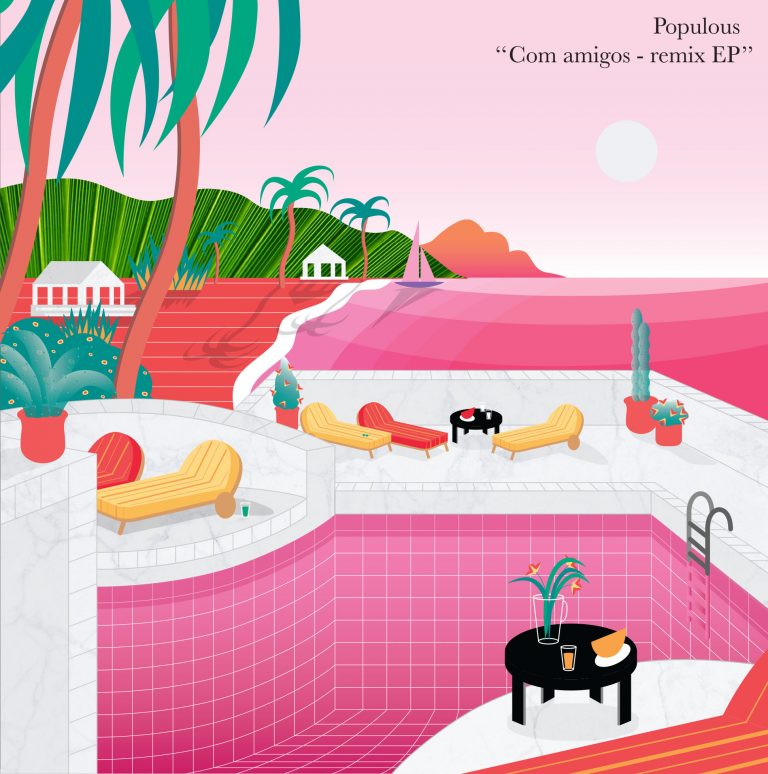 Part of the Wonderwheel stable of artists – that includes Chancha Via Circuito, Novalima, Thornato, Atropolis and label head Nickodemus – Populous is a global bass producer of some distinction. Across his five full-length albums to date the Italian producer has navigated musical inspirations emanating from Africa, the Caribbean, from across Europe and, on his most recent album Azulejos, South America, all the while finding a fine balance between electronic and organic sounds.

A European tropical bass producer immersed in South American culture? It’s perhaps no surprise then that Populous asked British-born but deeply Latin American-rooted DJ El Búho to remix his track “Alala” for a new remix EP, Com Amigos. Surely these are two artists with a lot in common.

El Búho takes the rollicking beat of “Alala” (which featured on Azulejos) to something of a calmer place, with added flutes giving a sense of the Andes and the track in its entirety lifted to the clouds with a deep, resonant face-lift. El Búho will be joined on the EP by Hungarian producer Stas and the Italian producers Corrado Bucci and Lorenzo BITW, all of whom take on different tracks from the Azulejos album.

Listen to El Búho’s remix of “Alala” below: