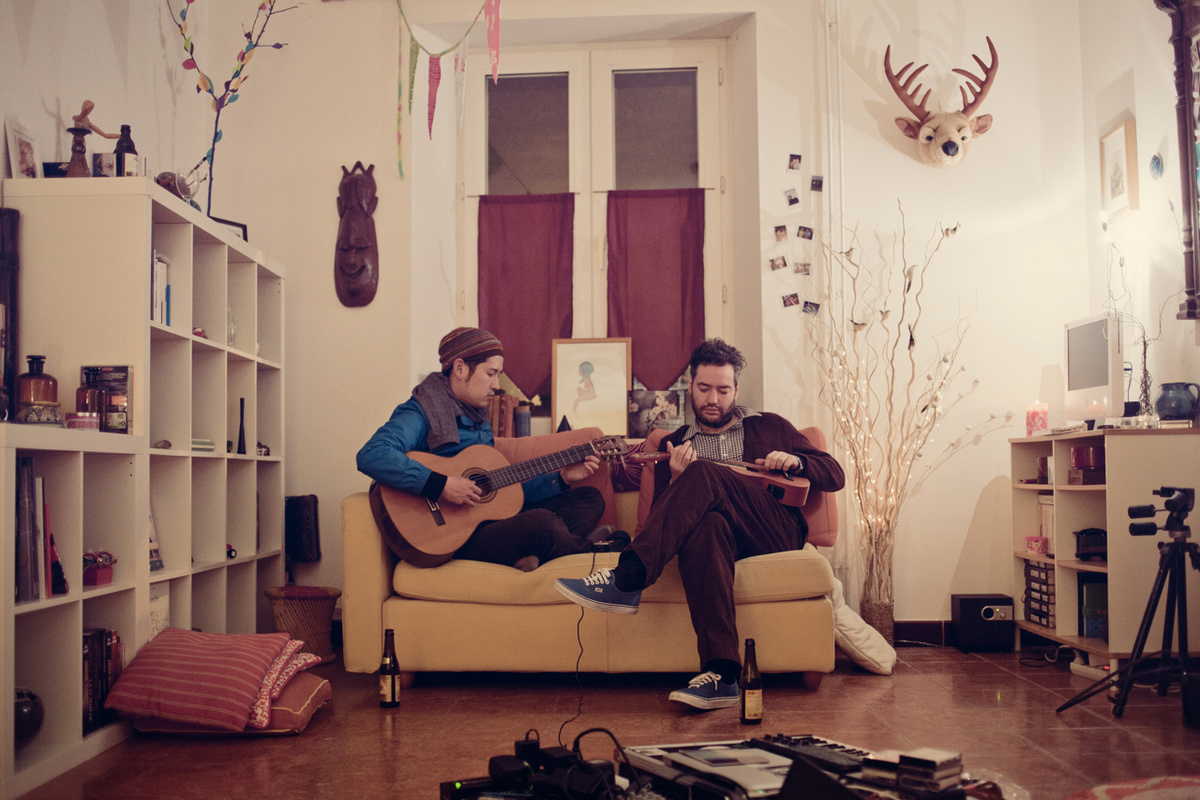 The Hushed Minimalism of Melodía’s Federico Durand and Tomoyoshi Date

I’ve spent the morning listening to the quiet brilliance of Melodía‘s upcoming new album Diario De Viaje. Melodía are a duo comprised of Argentine Federico Durand and Japanese Tomoyoshi Date (although Tomoyoshi was born in Brazil and spent the first three years of his life there). Diario de Viaje is their second album and continues much in the vein of their debut together, Saudades. Minimalism and ambience are at the core of what they do, with the two playing guitars, treated instruments and a variety of percussion with the accompaniment of field sounds and background ambience. The results are glorious, glimmering with effervescence and right now are bringing a ray of light into my office.

Diario De Viaje is another strong release from Durand, whose solo work is also well worth a look. Adormidera, which was released in October this year, featured two 15+ minute drone tracks built with purity and calm, slowly revealing new textures. It was an essential release for anyone interested in ambient/minimal music.

Diario De Viaje will be released on December 25th and can be pre-ordered from homenormal.bandcamp.com/album/diario-de-viaje

You can listen to some of the tracks from the release below: