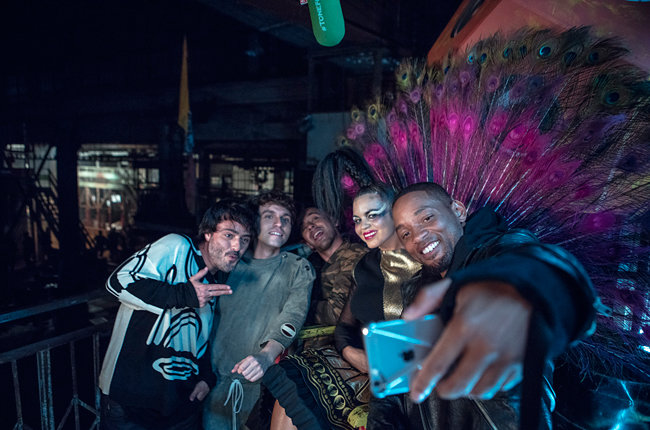 Excuse me if you’ve heard this one before as this track has been rattling around the Internet for a week or so now. This is the unlikely tale of Will Smith‘s re-emergence on the music scene after a near-decade silence. For his comeback he decided to work with Bomba Estéreo on a version of their “Fiesta” track, from their recent Amanecer album. The collaboration came after “Big Will” (as he perpetually likes to call himself) heard the track on a trip to Colombia and felt the need to get jiggy on it.

The resultant collaboration can be seen and heard below in a brand new video set in a dystopian warehouse perfect for the track’s carnal pleasures. As for Smith’s return to rapping the less be said the better. Quite why Smith thinks peddling stereotypes about going to Colombia in search of his own Sofia Vergara or other colombiana in designer clothes is beyond me. And the rhymes (asking a mamacita for a beer-a!) well there can be no doubt he’s out of practice.

Yet Smith’s presence has propelled the track onto new heights. Whereas “Fiesta” reached #20 in the Latin Pop digital charts on first release, this remix has already shot to #1. Which tells you all you need to know about the price of popularity. Get a Fresh Prince on your track and you’re guaranteed a hit, even when it means he then has to rap on it. Let’s just hope that the new fans Bomba Estéreo have surely accrued through the exercise stay loyal and the group stick to their roots rather than get too wrapped up in Miami’s superficial sound machine.