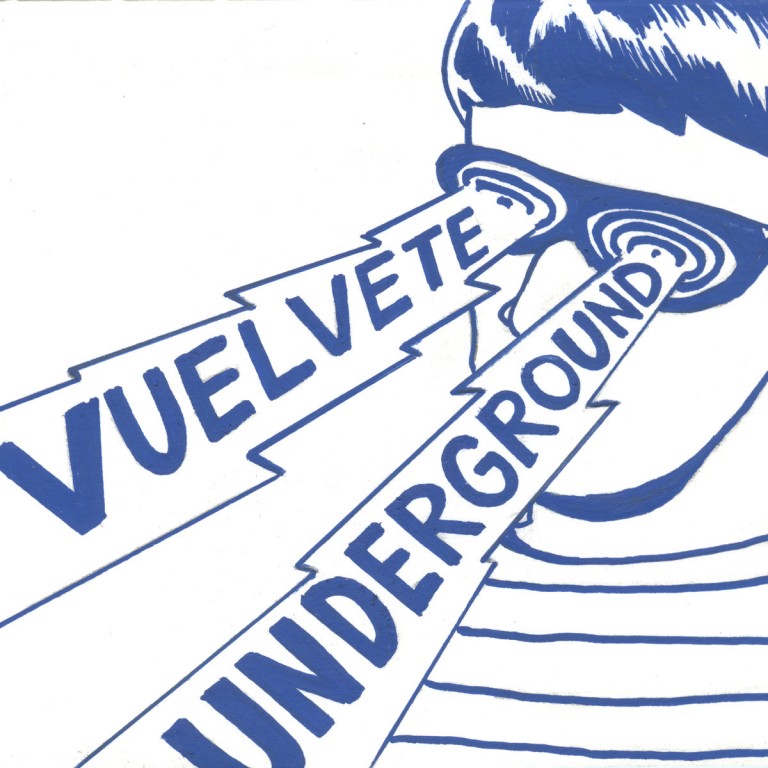 Since Eno said those words I think it’s fair to say that their influence has grown even stronger, spreading far and wide across the globe, with its tentacles reaching and setting root firmly in Argentina. A few years ago we reported on the fact that the Argentine indie music scene had put together a track-by-track cover of VU’s debut album Velvet Underground & Nico. Now, it’s the turn of Argentine singer/songwriter Pablo De Caro who has put together a 5-track tribute to the Velvet Underground.

Imaginatively titled Vuelvete Underground (translating as something like “Becoming Underground”), the EP features covers of three Velvet Underground tracks, “Femme Fatale”, “Candy Says” as well as the less-known “Over You”, as well as covers of Nico’s “The Fairest Of The Seasons” and John Cale’s “Andalucia”, all of which have been translated into Spanish. Simply recorded with guitar, vocals and sparse cello, drums and keyboards, the release shows once more the incredible influence of the Velvet Underground worldwide, as well as the Argentinian passion for a bit of VU.