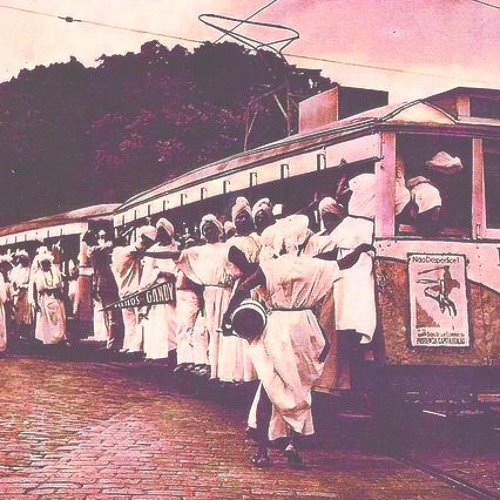 DJ Tudo is something of an ambassador for traditional Brazilian (and world) music. He’s been featured on this site many times before, whether for his funky globetrotting band DJ Tudo e Sua Gente de Todo Lugar, for his record label O Mundo Melhor (filled with great field recordings of Afro-Brazilian and other spiritual Brazilian music), and even for his DJing and production work. In this instance I want to flag up his latest mixtape, which he has posted to Soundcloud and which is simply titled Mixtape Ijexá (Afoxé) 01.

The mixtape features 45 heady, blissful minutes of afoxê, a Brazilian musical genre which has evolved from ijexá, a rhythm played on atabaque hand drums which was brought to Brazil by African Yoruba slaves, and which is also a key element of candomblé rhythms. Afoxê has gained some national recognition in Brazil due to artists like Caetano Veloso, Gilberto Gil, Clara Nunes and Gal Costa using the rhythm, as well as the group Filhos de Gandhi, who are a prominent group in Salvador’s carnival, the city seen as the epicentre of afoxê music.

You can listen to DJ Tudo’s Mixtape Ijexá below. We’re also very excited about a new DJ Tudo album which is currently in the works, and which will feature Ana Tijoux, as per this clip from Tudo’s Facebook.