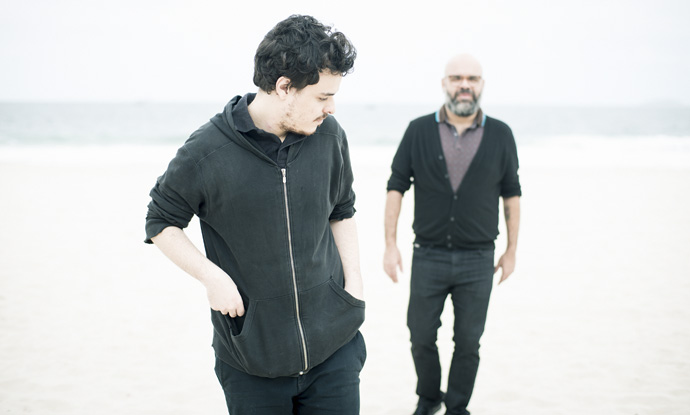 Spell-binding is most certainly the word for this latest release by Cadu Tenório, a prominent name on Rio’s experimental music scene. As a member of Sobre a Máquina, VICTIM! and Ceticências he has helped to define this new crop of carioca musicians who seem intent on redefining the parameters of Brazilian music.

Of all the releases to come from this scene Banquete feels as if it has the closest relation to Brazilian music tradition. Using the poems/lyrics of Marcio Bulk, Tenório asked a variety of artists to record four songs with just guitar and vocals in the style of samba-canção, a precursor to bossa nova, before later removing the guitar and creating a new sonic landscape which put those vocals into a completely different environment. Now the vocals – which were provided by up-and-coming Rio artists like Alice Caymmi, Bruno Cosentino, César Lacerda, Lívia Nestrovski, Michele Leal and Rafael Rocha – feel vulnerable, distanced, distressed.

It’s an interesting concept which could fail. However, in the hands of Tenório the results are a revelation and well worth seeking out. Perhaps consider this a starker companion to Lucas Santtana’s voz e violão deconstruction Sem Nostalgia from a few years ago.

You can listen to Banquete‘s four tracks below: